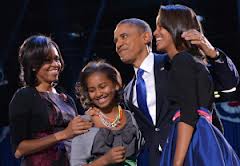 Congratulations on your reelection! I was one of the millions who voted for you, and as the mother of a teenage boy with autism, I am grateful that you did much in your first term to help families coping with autism. When you signed the Combating Autism Act legislation on September 30, 2011, which assured continued federal support for autism research, services and treatment for another three years, many parents of children with autism were pleased. Declaring World Autism Awareness Day on April 2 was another important step.

People with autism and their families look forward to the hope and change that you spoke of in your acceptance speech today. Here are a few facts about us that I hope you will keep in mind over the next four years:

1. We are a fast-growing constituency. According to statistics released by the Centers for Disease Control in March 2012, 1 in 88 children in the USA has an autism spectrum disorder. This is a 23 percent increase from the CDC’s 2009 report. More children will be diagnosed with autism this year than with cancer, diabetes and AIDS combined.

2. We don’t have much cash. Autism takes a toll on families, both emotionally and financially. Many parents of children with autism divorce, and even when the parents stay together, autism drains families financially. A recent study by the Center for Autism Research at the Children’s Hospital of Philadelphia , published in the journal Pediatrics,  reported that mothers of children with autism earned, on average, less than $21,000 a year. This was 56 percent less than mothers whose kids did not have health issues. The study also found that mothers of children with autism work seven hours less per week on average than mothers whose children did not have health problems. Family income of families of children with autism spectrum disorders are 28 percent less than those of families whose children had no health limitations. Where does all the money go? Even though some treatments for autism may be covered by our health insurance, many are not. And there are many other costs. People with autism (both children and adults) who are non-verbal or who have limited verbal skills can never be left home alone (what if, God forbid, they have to call the fire department or deal with some other emergency) and all those hours of babysitting add up pretty quickly.

3. We don’t have much patience. Starting early is important in treating autism, so we are often in a rush. When my son was diagnosed with Pervasive Developmental Disorder/Not Otherwise Specified (PDD/NOS), a mild form of autism, at age 3, I learned to my horror that he was already too old for early intervention programs. One critical way in which the government can help us is that it can minimize the red tape associated with getting young children into the special-needs system. Just as you stood with Gov. Christie in New Jersey and pledged that the federal government would do its best to cut down on any paperwork that stood between people displaced by Hurricane Sandy and the services they need, the government can do the same when helping children with autism. While many of the funds for special-needs children come from state and local governments, there are federal monies available for some schools and services. If you lead the way, officials at every level will ease our path to getting our children the help that they. You can also help allocate more money to fund research into the causes of autism and new treatments.

4. We are a diverse group. People of all races, ethnic groups and religions are affected by autism. The CDC reported last March that the greatest increases in diagnosis of autism in recent years were among Hispanic children (110 percent) and black children (91 percent). Scientists suspect that some of this increase is due to greater awareness and better diagnosis among these groups. Whatever the reason, the fact is that Americans from all backgrounds are grappling with this issue more than ever.

5. We’re in it for the long haul. In the vast majority of cases, people do not “recover” from autism. It’s a lifelong condition. That said, high-functioning people with autism can often lead totally independent lives, while many others are able to achieve a degree of independence and fulfillment with just a little bit of extra help. Some need a great deal of extra help. But for all our children, the key to a better life is being as much a part of their community as possible. The good news, for you and for us, is that the more independent our children become, the less the government will have to pay to support them over the course of their lifetimes.

So best of luck to you and your family as you go forward, and please keep us in your thoughts.