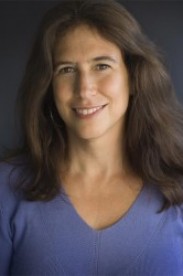 Hannah Brown is the author of If I Could Tell You, published by Vantage Point Books in May 2012. It’s about four mothers raising children with autism in New York who meet in a support group. The book follows the first year in their lives after their children’s autism diagnosis.

The book, which received rave reviews, is an Amazon bestseller. It is also available at bookstores, as well as from Amazon, Barnes and Noble and iTunes.

Hannah Brown is the movie critic for the Jerusalem Post and was a movie critic at the New York Post.
Her articles and essays have appeared in The New York Times, Newsweek, the Forward, New York, The Daily Beast, and The Huffington Post.

Read an excerpt from If I Could Tell You by clicking here.