Home → Hannah Brown's Blog → Happy Valentine’s Day: 10 Reasons Why You Should Date the Mother of an Autistic Kid

Happy Valentine’s Day: 10 Reasons Why You Should Date the Mother of an Autistic Kid

By Hannah Brown, author of If I Could Tell You, to be published by Vantage Point Books on March 1

Hannah will be available for speaking engagements from March 12-April 4. Please use the contact form on the home  page to invite her to speak.

“Our lives would make a great reality show,” said my friend, Sara. She and I both fall into the approximately 80 percent of parents of autistic children whose marriages break up. And, like the vast majority of mothers in these cases, we are the primary caretakers of our children. We both have one autistic child and other children not on the autistic spectrum. We each work two jobs, take our autistic kids to all their therapy appointments and our typically developing ones to their after-school activities, struggle to pay our bills, and try to find new men to share our lives with. 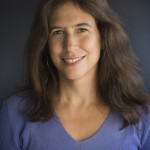 “It would be the best show ever,” I said. It would certainly have its share  of rocky romance. It’s never easy to date after your marriage ends and when you have children it raises another set of challenges. But when you have a disabled child, particularly one who is autistic – fuggedaboutit! It’s a whole different ballgame. Few men are exactly thrilled by the idea of dating a woman with children, period, and a child with a disability, particularly one that demands a great deal of the parents, is not exactly an aphrodisiac. I learned early on after my 20-year-marriage ended that if I even mentioned that my child was autistic on the first date, there would not be a second date. In a way, this is a good thing: I don’t waste time with jerks. But recently, I’ve started to wonder if even some nice guys might be terrified by the idea of dating the mother of an autistic child. I try to avoid talking about my son at first, but inevitably I have to explain why a boy in his teens needs a babysitter, or other details of my life. After I say the “A-word,” the faces of my dates invariably take on one of two expressions: Either deep sympathy, coupled with an obvious desire to get away as quickly as possible, or deep horror, coupled with an obvious desire to get away as quickly as possible. I can’t really blame them: Few people, given the choice, would make the decision to bring an autistic child into their lives.

Or, as Sara puts it: “If their own fathers walked out, why would another man want to walk in?”
In an effort to level the playing field, here are the reasons why mothers of children with autism make great girlfriends:

1. We’re easygoing. You want to go bowling with your friends one night a week? You have terrible allergies? You work crazy hours? No problem. No matter what you throw at us, it won’t seem like a big deal.

2. We don’t expect expensive presents. As a rule, we divorced moms with autistic children are broke. Whatever we have, we spend on therapy for our kids. We know what’s important: Health and well-being, not diamonds and expensive cars. If you want to take us out to dinner somewhere nice, we certainly wouldn’t object, though. That is, if we can get a babysitter.

3. Our exes are an easy act to follow. One dad I know, the father of two autistic children, told his wife, “Whenever I look at you, I see the mother of an autistic child,” and walked out. Mostly, though, the men don’t cop to leaving because of the autism, but say, “We’ve grown apart,” or “I’ve fallen in love with someone else.” The result is the same, though: He leaves and often starts over with a new woman, while she continues being the primary caregiver for the autistic child. If you are capable of love and loyalty, you’re going to look pretty good to us.

4. We don’t have time to stalk or cling. We’re just too busy.

5. Autistic kids don’t automatically resent their mother’s boyfriend. It varies, of course, but children with autism often lack the understanding of social nuances and relationships that would make them act out with a man interested in their mother. Generally, if you are nice to autistic children, they will treat you the way they treat anyone else who is kind to them.

6. By now, we have a great sense of humor. If we didn’t, we could never get through the day.

7. We’re patient. You might have read about the rare miracle-cure stories, but most of our children progress in tiny increments, for which we are extremely grateful.

9. We work hard, but we also play hard. When I get the chance to go out and have fun, I take it, and don’t waste a second. I’ve learned from my son how to lose myself in the moment, one of many important lessons he has taught me. You might enjoy figuring out how this one works.

10. We will make you a better person. We’re good at that. So-called “experts” told me my son would never read, learn math, or make friends. He’s doing all those things. He also rides horses. Did I mention he’s bi-lingual? Certainly, he still has a lot of problems to overcome, but I’m helping him. I will never give up on him. I never give up on any of the people I care about. Think about it.